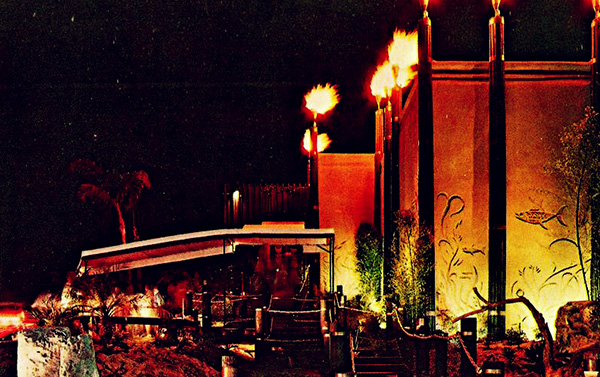 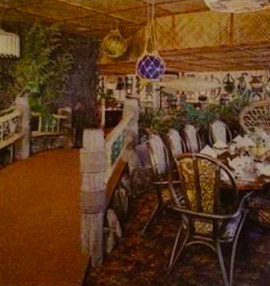 ITT Sheraton Corporation had asked Stephen Crane (The Luau, Kon-Tiki, Ports o’ Call) to open another of his Kon-Tiki restaurants in the new Sheraton, but it never materialized. Crane ultimately had Kon-Tikis in Sheraton Hotels in Montreal, Portland, Chicago, Cincinnati, Cleveland, Honolulu and Boston.

King Y. Wong, president of Don the Beachcomber Restaurants, opened the San Diego Beachcomber on June 16, 1970 in the Sheraton Inn on Harbor Island. It was the Beachcomber’s seventh location. Wong resigned the next year, and holding company Don the Beachcomber Enterprises president David Price replaced him with Michael Hurst. It was all very corporate by this time, shares of the public company were traded on the stock market.

The restaurant served Cantonese and Polynesian cuisine in their South Seas atmosphere. And of course, exotic rum drinks like only the Beachcomber could provide…

Corporate tiki did not last long in that hotel environment. By February 1973, it had been replaced with an El Torito Mexican restaurant. Today [2016], the restaurant hosts the Bay Tower Lounge and [email protected] Café. 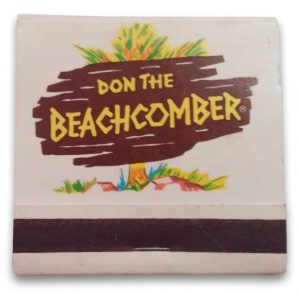 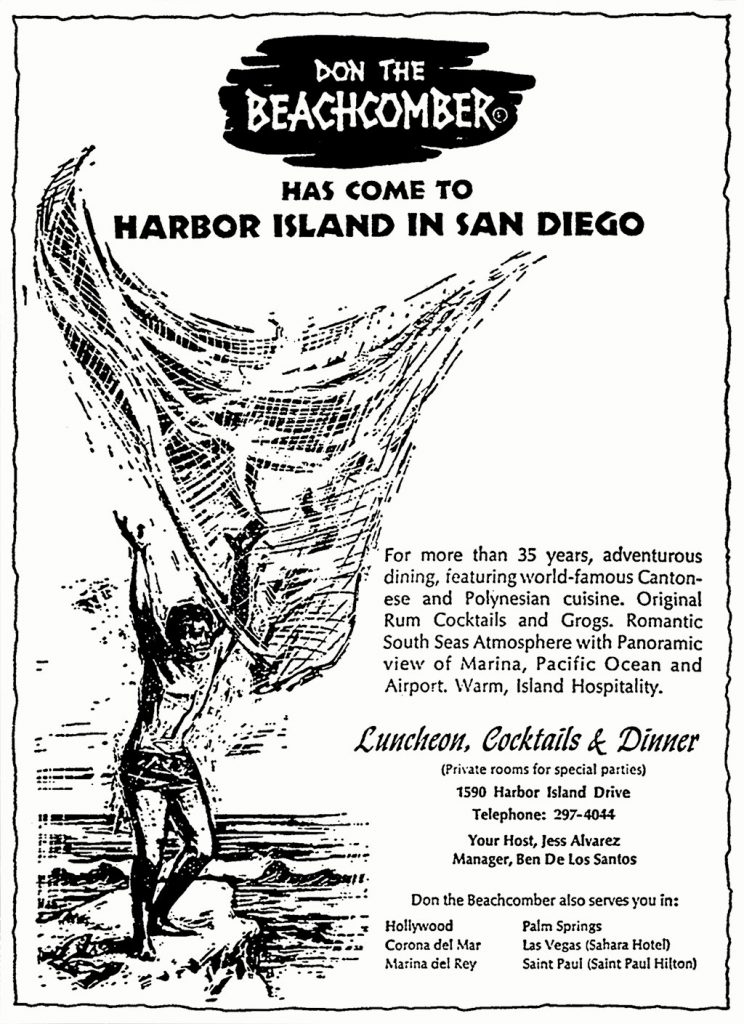 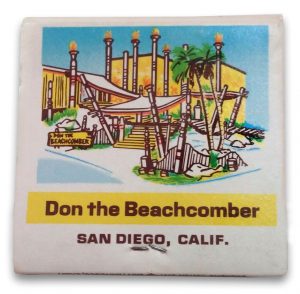