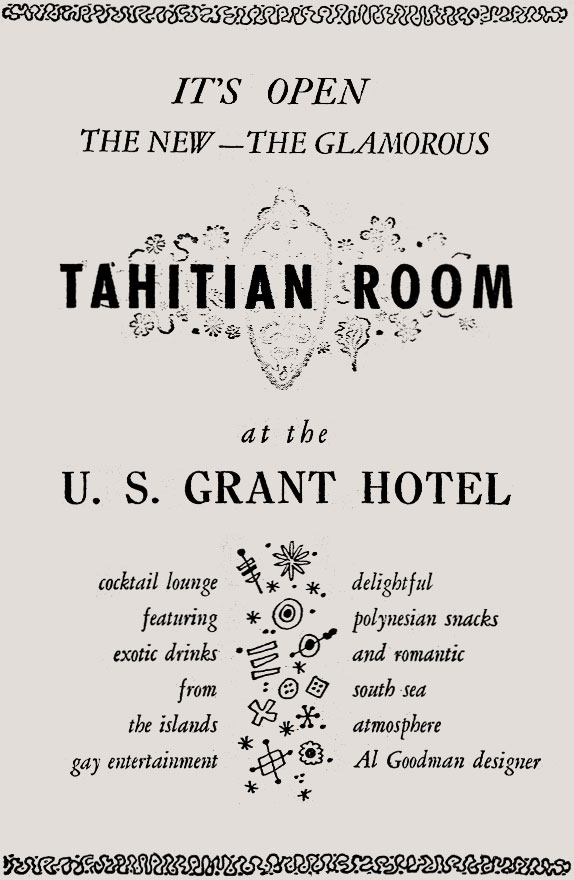 For a brief period in San Diego, Al Goodman was the favorite ‘wunderkind’ designer about town, receiving commissions from many hoteliers and restaurateurs. He did so many projects for them, you could almost say he was the in-house designer for C. Arnholt Smith and the Alessio Corporation. Goodman was a television set designer in Los Angeles (Mickey Rooney Show, Rosemary Clooney Show, Crossroads) for a decade before setting up shop San Diego. Today he’s probably best known for his work on Space Patrol (1950-1955) – he designed the Terra V, Mark 2 spaceship.

Goodman had a way with olde-timey, cathouse chic. At one point, he was even signed to design Mister A’s restaurant for John Alessio. That project ultimately went to Walter Broderick and Sarah Chase.

As part of a $1.5 million project at the U.S. Grant Hotel, their tired-old Rendezvous Room Lounge in the bacl of the building was transformed into The Tahitian Room, replete with ‘authentic’ Polynesian furnishings, a large Gaugin reproduction, and wooden ‘South Seas’ sculptures by San Diego artist Jim Casey. He also did work for Disneyland, Pacific Ocean Park and Aloha Jhoe’s in Palm Springs. The remodel was designed to “catch the romantic ones in the 5 o’clock crowd.”

The Tahitian Room officially opened Monday, 8 Feb 1960, and for years served lunch, dinner, snacks and cocktails (with entertainment). It was closed along with The Rendezvous cafe in 1970, when the U.S. Grant’s northern annex building was torn down and replaced with a larger parking structure which still stands in its place. 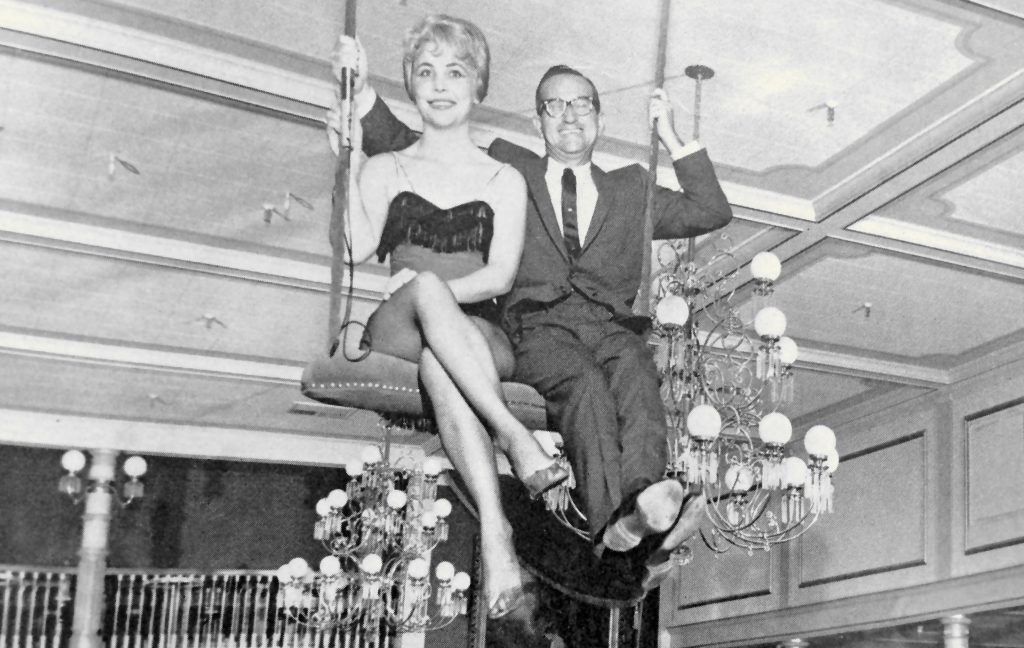 One thought on “Tahitian Room”